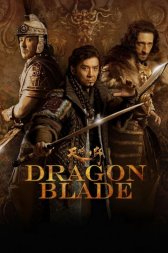 Dragon Blade
China, 2015, 127 minutes History, Drama, Action, Adventure
Only Jackie Chan can pull a film in which a Chinese warrior becomes a Roman general and make it believable at the same time.  In fact what can't Jackie Chan do?!?  This is a comedy nonetheless, but the film flows well and we are caught up the imagination and remote possibility of it all, that the audience begins to believe that the Romans may have come this far east once.  A pleasing and fun fare to watch.
Like this Review?
Write your own review?
DooVOTE
Not for me
Like this Review?
Write your own review?
COMMENTS 0
Your Comment...