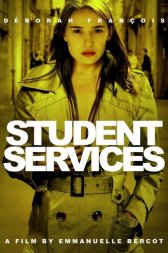 Student Services
France, 2010, 101 minutes Drama
Well this was an unexpectedly good film. It isn't an easy film to see as it touches upon some hard hitting themes and topics but I think it covers a number of topics that, frankly, need to be addressed by the media. Unfortunately many students are  drawn into prostitution as the only way to cover the spirling costs of studies, which has huge personal consequences for them.  As the main character's life falls apart it shows the dramatic impact prostitution is having on her and those around her. Compelling and at times tough viewing, but nevertheless a great thought provoking French film.
Like this Review?
Write your own review?
DooVOTE
Not for me
Like this Review?
Write your own review?
COMMENTS 0
Your Comment...
LIKES 2
ClaudineC
amazingsquirrel
ClaudineC
amazingsquirrel