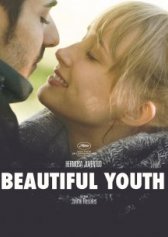 Beautiful Youth
Spain, 2014, 102 minutes, HD Drama, Arthouse
An extremely honest look at a very real new reality in Europe - that of the youth who fall between the cracks when a recession hits - is deftly handled by Jaime Rosales. Without the safety nets afforded to their parents, who either take their generation's boom years for granted and don't understand the plight of their children, or who hide away in shame that they cannot fully provide (as portrayed by Natalia's folks), the teens and twentysomethings of modern day Spain (which has one of the highest youth unemployment rates in Europe) are truly at a loss. Luxury and celebrity are at their fingertips - media on their mobile phones - but it is illusory. Of course, these things can be attainable, but at a terrible cost. This is a film about a humanity pushed to the fringe, that is not so much a minority but almost a new normal. A delicate and ultimately harrowing film that is essential viewing.
Like this Review?
Write your own review?
DooVOTE
Not for me
Like this Review?
Write your own review?
COMMENTS 1
Your Comment...
LIKES 3
sharonmae
MaeMaeDecena
Janney
sharonmae
MaeMaeDecena
Janney