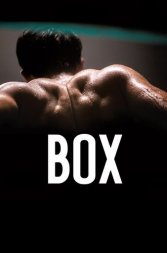 Box
Romania, 2015, 93 minutes Drama, Sport
Cinema today would be in a better state if more filmmakers went into their projects with the same attentive curiosity that Florin Serban has with his new film Box.  Rather than retreading the same broad subtopics of love and life, Serban attempts to open up the proverbial crevices of human experience, finding significance and emotional weight in the moments that many would view as the pauses and transitions between life’s real dramas. Box takes the basic narrative template of two people from contrasting backgrounds meeting by chance and forming a connection but it strips this formula of many of its frills and obvious payoffs. It’s an experiment imbued with a sense of humanity, popping the hood on a familiar romantic plot and seeing how its smaller parts work.The two lives that Serban has cross paths (or, at the very least, skim paths) are those of Cristina and Rafael. The former is a 30-something actress and mother who feels trapped and disinterested in her current way of life. The latter is an eager, lower class, 19-year-old boxer who suffers under the rampant corruption surrounding the profession. Either of these two stories could have made for a fine flick in itself but Box intrigues primarily from the way the two plotlines interact – and it may surprise some viewers just how implicit this interaction generally is. Rather than finding direct narrative links between the story’s two parts, the film finds the equivalent elements in each existence and uses this parallelism to shed light on both. Each life is equal parts a metaphor for the other life and the subject itself – or, to put it another way, boxing is like acting just as much as acting is like boxing.The film also engages through its interactions on a person-to-person level. Serban proves to be an astute director of his actors, seeing as much importance in the rhythm of their exchanges as in the words themselves. His absorbing gift for timing allows the film to unfold in a way that feels staunchly present tense. The filmmaker appears interested in relational dynamics and the ways in which they can transition. Like other elements of the film, this approach works best when viewed in terms of contrasts – how one relationship compares with another or how the same relationship changes over a short period of time.Through all this balancing between parallel parts, one can’t help but feel that Box would have carried more emotional weight if it had taken a little more time to go into the psychological particulars of its two leads. Serban has a patient feel for the ways in which experiences affect us but his impact is limited by an imprecision in conveying how his characters internally process their respective situations. Still, if the film feels underdeveloped on a personal level, it gracefully succeeds on an interpersonal level. Its feelings of hope, restlessness and disappointment are both poignantly human and cosmic in scope because they are rarely tied to any single person. The grandest emotions of Box are found not in its characters or the words they speak but in the spaces in between it all.
Like this Review?
Write your own review?
DooVOTE
Not for me
Like this Review?
Write your own review?
COMMENTS 0
Your Comment...