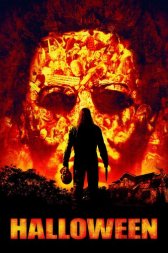 Halloween
USA, 2007, 109 minutes Horror, Slasher
There wasn't a lot to like here, but it did have some good parts. The big action scene, his escape from the hospital and ensuing rampage of personnel, is extremely effective as the hulking monstrosity mowing down everyone looks good and the scene itself manages a bit of suspense amongst the whole act. After that, it's all downhill. One more in a long line of massively-disappointing films in both Zombie's career as well as the remake trend, there isn't a lot to like here. Fans of his previous films will be interested as well as the sleaze and gore-hounds, while most others should heed extreme caution.
Like this Review?
Write your own review?
DooVOTE
Not for me
Like this Review?
Write your own review?
COMMENTS 0
Your Comment...