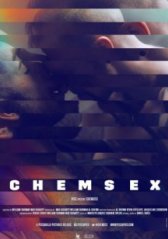 Chemsex
UK, 2015, 83 minutes, HD LGBT, Documentary
Not even the distressing subject matter of Chemsex, the nightmarish documentary from William Fairman and Max Gogarty, will likely prepare most viewers for how disturbingly graphic things get. The chilling reports from various addicts involved in the prevalent practice of intensifying sex parties with intravenous drug use are troubling enough but these words are alternated with a reality uncensored to an extent that will likely alienate many unsuspecting spectators. It would be tempting to brand the footage of hook-ups and shoot-ups as pure exploitation but the wider social and human context the film takes the time to explore imbues these scenes with an underlying sincerity. Chemsex is a film that aims to shock us into caring while simultaneously sneaking in the thoughtful substance to back itself up.

The chemsex phenomenon is observed in scenes where sex and drugs go hand and hand. Popular with gay men in certain London circles, it is a habit where two highs are intertwined, each a means of fully exploring and enhancing the other. The users, often highly educated individuals, frequently describe their personal cycles and the mutually understood codes for sexual propositioning with grim, self-deprecating humour. The subjects are generally aware of the self-destructiveness of their behaviour, making it at times fascinating to see how they rationalise their habits to themselves. HIV is an accepted part of the lifestyle to the point that saying that you aren’t infected is likely to reduce your chances of getting laid, due to potential partners fearing that they’ll transmit it on to you. Meanwhile, one photo shoot mixing S & M imagery with people shooting up harrowingly demonstrates how hard drug-taking has become a fetish in itself. As the owner of a gay sauna owner is heard putting it, “We’re normalising a type of behaviour that’s extreme.” The interviews themselves act as a sobering counterpoint to the short-sighted indulgence of this culture, providing an opportunity for the subjects to reflect on their situations and the trajectories of their lives.

The film’s moody, claustrophobic style occasionally wears a little thin but generally puts the viewer into the appropriately paranoid, detached frame of mind. There’s a pervasive bleakness to Fairman and Gogarty’s execution but a cautious optimism gradually comes through in some of the personal stories, especially that of David Stuart, an ex-addict whose clinic now does pioneering work in treating chemsex patients. As well as drawing attention to the problem, Chemsex considers the root causes and works its way to some possible solutions. The practice of chemsex is tied in with a history of repression felt by gay communities, linking this in turn with modern day sexual anxiety and the confidence found through intense substance abuse. This is a group that has always lived on the social margins, so it’s only natural that they would operate by their own rules. Chemsex suggests that when the standards that arise in certain subcultures take a detrimental turn, collective recovery is initiated through communication and honesty – both with others and yourself.
Like this Review?
Write your own review?
Add to List
Not for me
Like this Review?
Write your own review?
COMMENTS 0
Your Comment...
LIKES 5
dannystewardson
ClaudineC
snakeeyes
Sasha1988
MaeMaeDecena
dannystewardson
ClaudineC
snakeeyes
Sasha1988
MaeMaeDecena