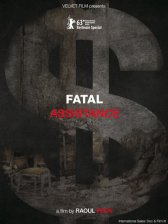 Fatal Assistance
Haiti, 2013, 100 minutes, HD Documentary, Arthouse
A lot of important questions are asked in 'Fatal Assistance' from esteemed Haitian filmmaker Raoul Peck, one that has been getting an airing in politics recently is how charities and NGOs handle their finances. What is fascinating, though, is what gets aired and what doesn't - the UK's despicable and widely reported handling of Kids Company versus the little-reported privatization of aid in Africa by the Department for International Development (DFID), for example. And so to Haiti -with huge amounts of aid and dollars pouring into the stricken nation, but it comes in the form of thousands of disorganized NGOs, relief teams from dozens of countries, battalions of experts and troops, all loosely operating under the umbrella of the Interim Haiti Reconstruction Commission (IHRC), which, despite its commitment, resources, and cash, can’t seem to get a grip on the situation. After all this support, why is the country no better off than it was to begin with? This is a universal problem in third world countries, that the West must answer to, and must be made known to us all.
Like this Review?
Write your own review?
DooVOTE
Not for me
Like this Review?
Write your own review?
COMMENTS 0
Your Comment...