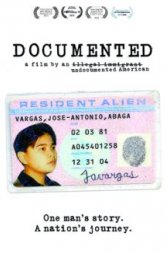 Documented
USA, 2014, 89 minutes, SD Documentary
With immigration being the buzzword on the lips of statesmen and tabloid journalists in both the USA and across Europe, the time is right to watch a film like 'Documented', which puts a painfully real but very human face to the word. Despite being a Pulitzer Prize-winning journalist, Jose has no official resident documentation in the USA, despite having lived there for 20+ years. Too often immigrants are branded as bottom-feeders and in it for the benefit, without ever considering them as an asset. Nations have been built on immigration, just as this film has been crafted by it, and they are the richer for it.
Like this Review?
Write your own review?
DooVOTE
Not for me
Like this Review?
Write your own review?
COMMENTS 2
Your Comment...
LIKES 2
MaeMaeDecena
snakeeyes
MaeMaeDecena
snakeeyes