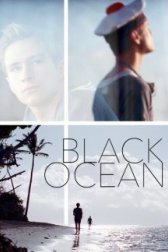 Black Ocean
France, 2011, 90 minutes, SD Coming of Age, Arthouse
A clear and glinting ocean surrounds the solitary boat in Marion Hansel's maritime film about young adulthood and the lonely occupation of those on board. The beautiful scenery is evocative and this dramatic setting only spurs on the warm feelings we will develop for many of the young men on board who are at the brink of adulthood. They suffer from loneliness, incomprehension at their reason for being there and the barking orders of the higher echelons on board. Although the back story is a little confusing at times and a single plot thread unidentifiable, there are some powerful performances, particularly that from Adrien Jolivet who is temperamental Moriaty. Hansel deals with the subject matter well. The film is tinged with a darker and disconcerting edge that will ring clearer with French nationals as they recognise that this ship is one of the many in he 1970's that tested the polemical nuclear Mururoa.
Like this Review?
Write your own review?
DooVOTE
Not for me
Like this Review?
Write your own review?
COMMENTS 0
Your Comment...