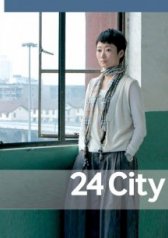 24 City
China, 2008, 112 minutes, SD Drama, Documentary, Asian, Drama, Arthouse
Of all the politically-minded directors of the last two decades, few have had their filmmaking style so innately ingrained in their ideology as the respected Jia Zhangke. I’d say he practices what he preaches but preaching isn’t in his nature, something which is reflected in his democratic visuals. Rather than insistently drawing the viewer’s eye to particular people and parts of the frame, Jia prefers to let the viewer decide where to direct their attention as the scenes play out with unobtrusive realism. But moreover, this realism unfolds within some of dreamiest settings that reality can give you, highlighting the strange, lonely limbo in which many of the citizens of the People’s Republic of China reside. Jia’s unique blending of the authentic with the spacey and hallucinatory takes entrancing form in 24 City, a profoundly moving work of part documentary and part fiction that often proves elusive in divulging which is which.

24 City itself is a real life modern apartment complex located in Chengdu. The film follows the demolition of the state-owned factory 420 and the subsequent construction of the eponymous set of multi-story buildings but most of its running time is dedicated to interviews with an assortment of actors and non-actors on their (often fictional) memories of the site. The format of hearing from Chengdu’s inhabitants on an individual level seems like a necessary correction to the impersonal nature of the country’s vast and rapid social transformations. Hearing from men and women of multiple generations, we see how life stories, values and bonds between people can all be lost in the rhythms of time and change. It’s out with the old and in with the new for buildings and people alike. So it’s appropriate that the film transcends its history lesson to show us how political changes affect individuals. Actors or not, every interviewee here feels like a living, breathing person, rather than just a symbolic stand-in for historical changes.

Jia alternates these interviews with entrancing footage of the site in various stages of development, along with some revealing scenes of the streets and homes of Chengdu. His previous film, Still Life, featured buildings blasting off into space but here he employs imagery that more subtly evokes a sci-fi eeriness, as if the construction is being watched from the perspective of someone making their first visit to our planet. Building fixtures are shown in isolation from their usual placements, while interiors are likewise presented stripped of their usual furnishings. These visuals are disorienting and ghostly in their incompleteness, skilfully reflecting the ever unsettled state of the populace.

Like any great artist with a unique, crystallised vision, Jia Zhangke’s works get better the more of them you’ve seen. The thematic continuity of his films and his frequent self-referencing allow his consistently excellent body of work to amount to a single ambitious and cohesive portrait of his country but 24 City may be the closest any one of his films has come to serving as a concise manifesto of his worldview. Across the multiple interviews, Jia develops a distinct overriding narrative of where China was and where it is today. He shows us how our perception of the past influences the present – and vice versa – and reminds us of the importance of remembering. In 24 City, identities and values are continuously shifting on both a personal and a national level. While it’s essential that the grand scale changes aren’t forgotten, Jia also touchingly stresses that we shouldn’t overlook the many individual people caught in this constant shuffle.
Like this Review?
Write your own review?
DooVOTE
Not for me
Like this Review?
Write your own review?
COMMENTS 0
Your Comment...
LIKES 2
MaeMaeDecena
joecummings
MaeMaeDecena
joecummings