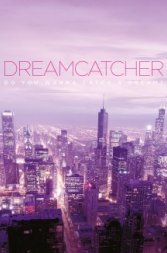 Dreamcatcher
USA, UK, 2015, 98 minutes Crime, Documentary, Family
Prostitution, human trafficking, rape and drug addiction are never, and perhaps never will be, the easiest of topics on which to base a documentary. Yet, in Kim Longinotto’s Dreamcatcher, these very issues are brought so unflinchingly to the fore, undressed in a fashion that makes for captivating, if not sometimes uncomfortable viewing. Dreamcatcher centres on the Chicago born Brenda Myers-Powell and her struggles in trying to help the women who walk the same streets Brenda once did before. Working tirelessly, Brenda is quite simply a pillar of strength. A multi faceted individual; Brenda plays counsellor, surrogate mother, mediator and female role model in a documentary that shows how the redemptive nature of humanity can overcome even the most depraved of existences.

Dreamcatcher begins with Brenda and long-term friend, Daniels-Wilson, as they navigate the impoverished, fast food ridden streets of Chicago, offering advice as well as sexual protection to the cities ‘working’ girls. However, what is most evident, despite the documentaries infancy, is that Brenda is a constant source of hope to these women; the voice of experience that has left a life on the streets. When Brenda is not circling the streets, we are privy to her work in a local school, where as a counsellor she helps educate ‘troubled’ teenage girls, whilst in other scenes we see Brenda chasing down missing girls, liaising with the parents of afflicted families as well as regular visits to female prison wards. Despite the nature of Brenda’s work however,(of which the majority goes unpaid) Brenda herself manages to inhabit two sides of a coin. On one side she is the jocular vision of brighter days to the women whom she frequents with, whilst on the opposite side she is earnest and meditative, and, above all, entirely serious about her desire to help those who she does. A brief glance at the filmmaking history of Longinotto and it’ll be no surprise the fact she has chosen to document such a topic with a female protagonist, but ultimately, Brenda Myers-Powell and her story makes for emotionally engaging viewing.

When interviewed by FilmDoo’s Daria Landal, Kim Longinotto said of her relationship to her subjects that “[Whilst making a documentary], we are like two teams working on one project. I want them to feel it is as much their film as it is mine”. Not only is this an admiral notion, it is also entirely beneficial to Dreamcatcher as a whole. As Brenda’s ‘project’ is to try and help the livelihoods of Chicago’s prostitutes, Longinotto’s project is to depict such a task. In doing so, Longinotto relies primarily on a fly-on-the wall, almost basic, style of documentary making, yet most importantly, the absolute honesty of her subjects. Not at any point does Longinotto decide to sugar-coat the severity of the subject matter with elaborate stylistic devices (aside the odd archived still), giving Dreamcatcher a raw yet simplistic edge; Brenda is the subject, and her work is the subject matter. Furthermore, numerous scenes throughout Dreamcatcher highlight how Longinotto’s preference in style, truly allude to her qualities as a filmmaker. For instance, in one of Dreamcatcher[s] most startling scenes, we meet for the first time Brenda’s class of girls at the local high school. As Brenda extolls the necessity for these young women to be strong in the face of male pressure, Brenda’s pupils reveal with quite some candour, allegations of the abuse they have suffered. However, as these startling admissions begin to unfold, Longinotto remains somewhat impartial; she does not goad Brenda or the pupils into further revelations. In a current climate where the portrayals of such topics are heinously sensationalised, Longinotto’s even-handedness is a revelation.

Perhaps the biggest testament to Longinotto and Dreamcatcher, is how this documentary itself raises wider socio-political questions. Although, the primary focus is Brenda and the work her foundation carries out, as a viewer you are left wondering how both the American educational system and the patriarchal law of the family have continuously failed its youth. How in these impoverished, predominantly black neighbourhoods of Chicago are women subjected violent acts without repercussions for the offenders [?]. It is not the purpose of Dreamcatcher to answer these questions, yet by following Brenda, said questions arise and, unfortunately still remain long after viewing.

Ultimately, Dreamcatcher is a powerful piece of filmmaking, that deserves to be seen by audiences the world over. Even if the viewer can be left somewhat emotionally anaesthetized by the constant and horrific hardship suffered by those within Dreamcatcher, to pull punches would be to insult the very story of Brenda Myers-Powell, an issue Longinotto navigates to inspirational effect.