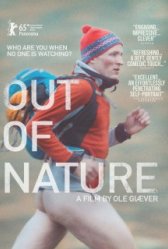 Out of Nature
Norway, 2014, 80 minutes Arthouse
What do Martin, the protagonist of the film and me have in common? At first glance, not much. He is an unhappy husband and father, he works a 9 to 5 with hypocritical colleagues, he lives up north in Norway. So why did I keep thinking that he was basically me? I realized I could relate to Martin's internal voice that the audience keeps hearing during the film. The awkward conversations with coworkers or a saleswoman, the random and at times devilish secret thoughts, the unexpected memories, the wrong decisions, the life choices previously made... All of it does not apply to a certain nationality, gender or occupation. Ole Giæver chose to both act and direct his second feature and it only brings more truth and spontaneity to the film. OUT OF NATURE is funny, introspective and visually stunning thanks to the beautiful Norwegian wilderness.
Like this Review?
Write your own review?
DooVOTE
Not for me
Like this Review?
Write your own review?
COMMENTS 0
Your Comment...