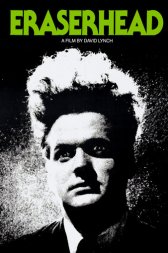 Eraserhead
USA, 1977, 89 minutes Fantasy, Horror, US Indie
If ever there were a film that divided opinion to such a magnificent degree, then this is it. Clearly Eraserhead is not concerned with telling a story or developing characters or most of the concerns of conventional cinema. It's concern is presenting the viewer with a succession of arresting scenes depicting a barely adequate man's struggle to come to terms with his life. Must have been pretty damn cool to have seen this at the cinema when it was first released, just to see the reactions of everyone else in the cinema! Just sit back and enjoy the bonkers ride.
Like this Review?
Write your own review?
DooVOTE
Not for me
Like this Review?
Write your own review?
COMMENTS 0
Your Comment...