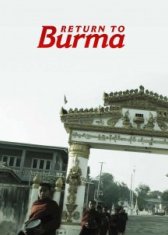 Return to Burma is a superb film, exploring the conflicts and resonances between traditional and modern, with finding ones place in an uncertain world. Wang Xing-Hong has been living and working on construction sites in Taiwan for several years, but after a workplace accident that kills a friend and co-worker from his village, Xing-Hong returns to Myanmar (Burma) to tell his friends relatives and reunite with Xing-Hong’s own family. On Xing-Hong return, he finds Burma much changed; on the brink of democracy, modernisation and normalisation of foreign relations, Xing-Hong explores the possibility of staying for good. Meanwhile, Xing-Hong’s younger brother is on the cusp of adulthood, with dreams of being a pop star in Asia and beyond, he explores the different means of getting out of Burma.

Return to Burma is beautifully shot, the influence of Cinema Verite is hard to miss, at first I thought this might be a documentary it’s guerrilla style is that strong. I was reminded of Vittorio De Sica’s Bicycle Thieves both in terms of how it was shot and the use of nonprofessional actors, as well as the themes addressed, of people trying to get by in the midst country that’s trying to pull itself together. I actually learnt a lot about Burma and the way people live on a day to day basis; Wang spends a lot of time haggling and tire kicking, talking to friends he grew up with and local business people about what’s changed and the new opportunities opening up, while Xing-Hong’s brother and his friends hang out playing guitars, spit balling ideas about working abroad. Although it might not sound that interesting, these scenes of dialogue are intensely engaging, and along with the cinematography are the true highlights of the film. It’s no wonder Return to Burma is generating so much attention on the international festival circuit, doing well at Rotterdam, Hong Kong and Pusan international film festivals.

The Analogies between the two brothers and the issues facing the country of Burma feature close to the surface in Return to Burma. There is no romanticising of traditional ways of life nor is there a fetishising of modern comforts and technologies; a country on the brink of dramatic change, the familiar narrative of conflict between traditional ways of life and encroaching Western and Asian influences plays out in a more complex dialogue than audiences are familiar with. There’s a particularly poignant scene where Xing-Hong’s mother is practicing traditional Gua-Sha medicine on him, rather reluctantly.– ‘Medicine from Taiwan doesn’t work here.’ She states authoritively, reflecting some pessimism on how modernity and democracy might adapt to the Burmese lifestyle. What really helps audiences connect with the characters is the universal uncertainty in a young person’s life that mirrors the young democracy itself, and the conflict between ‘coming home’ and ‘moving away’ that we all can relate to. 4 Stars.