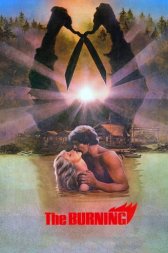 The Burning
USA, Canada, 1981, 91 minutes Horror, Slasher
This is a film that's quite close to my heart. I remember admiring the VHS cassette as a kid in the rental store, yearning to watch it. I was not disappointed when I finally got to see it. The synth score is probably my favourite thing about it, and the fact that the kids are all rather likeable instead of snotty in similar films of this ilk. The gore effects are also very good and icky. Interesting that it was the film that launched Miramax, in no small part due to the fact it was a roaring success in Japan (it initially flopped everywhere else).
Like this Review?
Write your own review?
DooVOTE
Not for me
Like this Review?
Write your own review?
COMMENTS 0
Your Comment...
LIKES 1
kavy
kavy