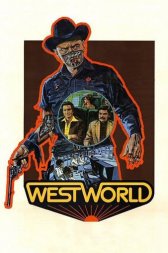 Westworld
USA, 1973, 88 minutes Action, Horror, Science Fiction, Western
Not as great as I remember it being, it hasn't aged very well (unsurprisingly) but imagine how mad it must have been to see a film like this in the 70's! Brynner is excellent as the bot gone bad, his delivery, movements and expressions all just teetering between human and android. The other actors are ok. As much as it's a great film, I do kind of wish there was a film centred on the Roman world - probably would have been x-rated!
Like this Review?
Write your own review?
DooVOTE
Not for me
Like this Review?
Write your own review?
COMMENTS 0
Your Comment...