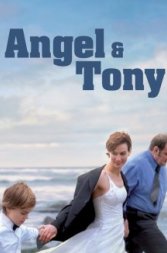 Angel and Tony
France, 2011, 87 minutes, SD Romance, Drama, Arthouse
Here is a great film to discover. I really wanted to see this film when it came out but I missed it so when I saw it was on FilmDoo I went straight for it and it did not disappoint. I was even more eager to see the film after I saw the 2 main actors Clotilde Hesme and Grégory Gadebois from the Comédie Française in the remarkable French TV series The Returned (Les Revenants). This is the story of 2 lonely characters who seem not made for each other but little by little will manage to tame each other.Clotilde Hesme is Angèle, a young women who arrives in a fishing village in Normandy to start a new life. From her past we don’t know anything except she has a son. She meets a fisherman Tony (Grégory Gadebois), who still lives with his mother. In spite of her attempts to seduce him, he remains distant with her. He does not believe she can be interested in him. But what brought Angel to this town and to him? This movie has the perfect French Touch: character-driven story with flawed individuals , catchy dialogues, great performances, intimate atmospheric. The gentle piano score by Mathieu Maestracci's, which is reminiscent of Jane Campion’s the Piano is perfect for this seaside setting. The movie feels very real. It is filmed like a documentary, which may come from the journalistic background of director Alix Delaporte. Although there are little dialogues, the looks , the gestures, the movements say a lot. It is a small film with a big heart.
Like this Review?
Write your own review?
DooVOTE
Not for me
Like this Review?
Write your own review?
COMMENTS 0
Your Comment...
LIKES 1
MaeMaeDecena
MaeMaeDecena