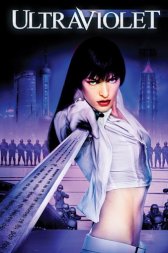 Ultraviolet
USA, 2006, 88 minutes Science Fiction, Action
This is one of the films that proved that Milla Jovovich is
very good with stunts and acting per se. The film Ultraviolet was very
thrilling and exciting. Kudos to the acting of Milla Jovovich! It made the film
more interesting. I also like the cinematography, stunts and the set design. I
would recommend this film to all film enthusiasts that I know.
Like this Review?
Write your own review?
DooVOTE
Not for me
Like this Review?
Write your own review?
COMMENTS 0
Your Comment...