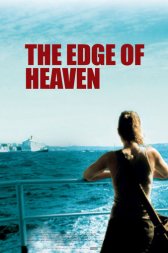 The Edge of Heaven
Germany, Turkey, 2007, 122 minutes Drama
Fatih Akin’s The Edge of Heaven is a beautifully acted and deeply moving drama, which follows the fate of three families across Germany and Turkey. Ali, an elderly Turkish man, offers Yeter a prostitute to live with him. His son Nejat, who first disapproves of the relationship, becomes fond of Yeter, when he learns she is sending money in Turkey for her daughter’s studies. After Yeter’s sudden death, Nejat decides to move to Istanbul to look for Yeter’s daughter Ayten. Ayten is in fact a political activist on the run and she has already fled to Germany to look for her mother. There, she makes friend with a young German woman Lotte, who invites her to stay at home to the dismay of Lotte’s mother. In a simple way, Akin manages to capture the characters’ emotions and internal turmoil, using little dialogues, many close-ups and contemplative shots. Like in his previous film Head-On, Akin puts fate at the heart of his story, playing with coincidences and encounters.
Like this Review?
Write your own review?
DooVOTE
Not for me
Like this Review?
Write your own review?
COMMENTS 0
Your Comment...