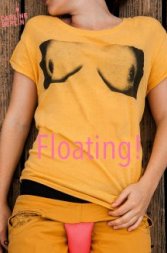 Floating!
Germany, 2015, 86 minutes Comedy, Romance, LGBT
The film was easy to follow, not quite complex in terms of deciphering the storyline and even the characters but what got me into deep thought though was the title. It could perhaps mean a couple of things which could include sperms floating ( the bachelor party participants were discussing exclusively about intrauterine insemination and etc, ),  a replica of a penis floating in the air as it's hoisted in a pole aboard the boat ; or it would simply mean bodies floating in the water,  with which the participants of the bachelor party were mostly doing, i.e. swimming, during the entire time they were out in the lake.  The lead characters were okay but there are supporting characters who also stole the limelight such as the character of Momo.
Like this Review?
Write your own review?
Add to List
Not for me
Like this Review?
Write your own review?
COMMENTS 0
Your Comment...