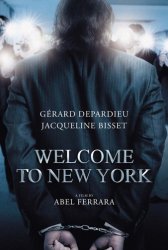 The long-awaited release of the film that was banned at the Cannes Film Festival, based on the sex assault scandal involving French financier Dominique Strauss-Kahn, is an explicit, although fictional (as we are reminded at the start) insight into the sordid lives of the rich and powerful, taking the character of Monsieur Devereaux as the most deplorable of them all.

Gérard Depardieu is brilliant as the self-confessed sex addict Devereaux. His heavy breathing, animal-like grunts and violence towards his female prey make him hard to stomach from the start. The first half hour of debauchery prepares us for the turning point in the film and in his life: the sexual assault of his hotel maid. Whilst Ferrara doesn’t make any excuses for Devereaux’s actions, we are at least able to begin to comprehend his way (or lack) of thinking. Up until this moment, he hasn’t once been refused. He is like an overgrown grotesque child who won’t accept that he can’t always get what he wants.

His fall to disgrace is rapid. One minute he’s enjoying the spectacle of escorts stripping for him, the next he’s being stripped naked by the New York City Police, unimpressed by who he is: “This isn’t f****** France!” He doesn’t seem to know what he’s done wrong, even though he acknowledges that he did something which most of us would consider abhorrent.

There are times towards the end when the film feels repetitive, especially in the scenes with Devereaux’s wife, Simone (Jacqueline Bisset), who doesn’t seem to have much to say but nonetheless says a lot. Her erratic speeches voice the confusion of a wife who, so used to supporting her husband, continues to do so despite her disgust at his behaviour and the unsupportable public interference and the ever-present paparazzi.

A human side of this out-of-breath, lecherous and proud womaniser is revealed towards the end of the film. Vulnerable and fully exposed, he is forced to open up to a ‘shrink’ and he himself embarks on a monologue, explaining how he considers his behaviour. At times Devereaux directly addresses the camera, opening up to us the audience, as if in a private interview, like the press conference with Depardieu at the start of the film, when he explains why he agreed to play the role.

“Welcome to New York” is a solid character analysis of a complicated man who we follow through his highs and lows, yet it is refreshing not to be asked to feel sorry for the protagonist. Ferrara only shows, laying everything bare (literally) on the table.