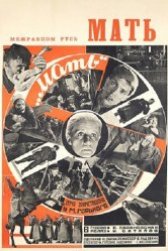 Mother
Russia, 1926, 89 minutes Drama
What I noticed at once was the serious acting, despite being a silent film and  though the actions seems quite fast-paced it didn't appear comic as opposed to some silent films I've seen where one can't help but be amused of the actuations. The mother and son interactions are meaningful and viewers get to witness Russian living conditions in the early 1900's era. Commendable editing and  it's observed that ice is used as metaphor in the film's entirety, with shots of breaking ice in the ocean as if to indicate of breakthrough towards a new order of things.  Worth watching!
Like this Review?
Write your own review?
Add to List
Not for me
Like this Review?
Write your own review?
COMMENTS 0
Your Comment...