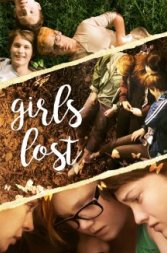 Girls Lost
Sweden, 2015, 106 minutes Coming of Age, LGBT, Arthouse
I give this movie an outstanding rating for the rather queer ideas and the unexpected twists! First, the flow was quite fast-paced and there was no dull moments of lengthy dialogues or otherwise; Second, the heightening action and conflicts seem to take viewers aback as they are revealed one by one; and finally,  the very solid performances and of how the characters are brought into life was clear and well-placed. Kim, Bella and Momo are school outcasts that you could easily sympathize to, especially because they're bullied and one powerful scene where Bella was almost stripped of her clothing clearly evoked strong emotions of hatred for the bullies and pity for Bella. But of all the scenes, it's the transformation of the three friends that were astounding, especially the uncanny resemblance in the face of Kim as boy and girl. A very engrossing and eye-opening film by Director Keining that explores the issues of sexuality and gender roles and how,  with the help of a magical flower, Kim has finally come out of her shell. Highly recommended!
Like this Review?
Write your own review?
DooVOTE
Not for me
Like this Review?
Write your own review?
COMMENTS 0
Your Comment...