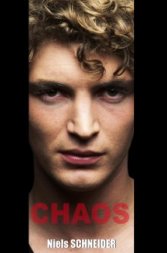 Chaos
France, 2013, 101 minutes Thriller
This has the trappings of a great thriller movie I'd say! It's just that there are some things that bothered me, like the journalist who was bent on getting an interview with Marie, the wife of Vincent. I was hoping that he can shed light on the mystery hounding the lead characters but it was somehow just a "scratch in the surface" when he hinted of an ugly thing that happened with the Philosophy teacher.  And while it's quite clear that the "vegetable" professor was Thibault's father, there was no mention of him visiting the latter, except of the 2 girls and Jacky. It's not so certain too regarding the girls although I presume those 2 lesbian ladies in Thibault's apartment would be them. And while it was established that the dead child was Thibault's twin, what was found in the atlas book of the vegetable professor regarding the mystery in the chimney was also quite confusing. Nevertheless, it was a very engrossing movie and I never felt bored while watching it. The performances were very commendable and Niels Schneider, the devious Thibault looks a bit like Robert Pattinson of the Twilight fame. Bankole, who's quite a familiar face in mainstream films is a very great actor with great acting potentials. Rolland as Marie was great but at times what  is more noticeable is her pretty face and very slim neck. Over-all this is an interesting movie that should be a must-watch!
Like this Review?
Write your own review?
DooVOTE
Not for me
Like this Review?
Write your own review?
COMMENTS 0
Your Comment...