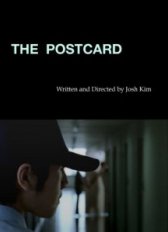 The Postcard
South Korea, 2008, 15 minutes Asian, LGBT
This is an unapologetically gay short film that isn't very gay at all. The story just happens to feature two guys. That's my kind of gay film. Generally the film looks a little like a K-TV drama, and errs on the side of sentimentality. That's not necessarily bad.  There's an immediacy about it that is very engaging.  Two bored cashiers 'banter' under the watchful eye of their boss. But what is this intrigue with postcards?There's a couple of issues with the sound mix, but that's no drama in itself. Look out for some very power cinematography towards the end.
Like this Review?
Write your own review?
Add to List
Not for me
Like this Review?
Write your own review?
COMMENTS 0
Your Comment...