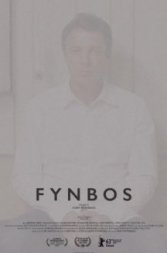 Fynbos
South Africa, 2013, 96 minutes, HD Mystery, Drama, African, Arthouse
This psychological thriller is about Richard, a real estate developer who's bent on selling a remote glass house and tags along Merly, his wife, who seems to have issues of her own.  While it was not detailed there are hints that the wife-husband relationship is quite off, there' s a sinister cloud weighing in between them and when Merly goes missing viewers seem to come to a conclusion.  Aside from Merly and Richard there are  at least 3 characters whose roles are pivotal, that of  house sitter VJ and his girlfriend Renee as well as the police woman played by Sthandiwe Kgoroge.  There seems to be no definitive conclusions to this movie and viewers are left with questions. There were some points at the film that seem to drag but I think the saving grace is the sweeping and visually enigmatic cinematography.  No wonder, this movie won Best Cinematography at the Slamdance Film Festival.
Like this Review?
Write your own review?
Add to List
Not for me
Like this Review?
Write your own review?
COMMENTS 0
Your Comment...