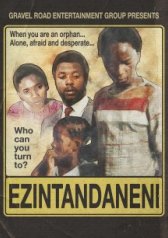 Ezintandaneni
South Africa, 1988, 60 minutes African, Drama
This is a heartwarming story of a man with a sickly child and of two orphans.  Their lives intertwine on that fateful day when one of the orphans was run over by the man while driving his car.  Denying at first of his crime, the man  who was guilt-laden eventually helped with the orphan's hospitalization. But matters went from bad to worse when the man's sickly child eventually died. You have to find out what happened at the end by checking out this African film directed by Tonie Van Der Merwe.
Like this Review?
Write your own review?
Add to List
Not for me
Like this Review?
Write your own review?
COMMENTS 0
Your Comment...