Image from: Adolescents in the Universe (1975) 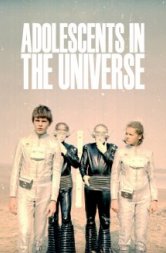 Adolescents in the Universe
Russia, 1975, 80 minutes, SD Science Fiction, Family, Adventure
What struck me immediately were the costumes as they were impressive and visually appealing.  The disco-styled robots were also unique and over all the production design is commendable although what they referred as another planet seems like it was a scene shot along the beachfront. The glitches are understandable though considering this was a film from the '70s era. The teens did fairly well in their acting portrayals although sometimes I get a sense they were just huddled in a sort of summer camp. Quite engrossing to watch.
Like this Review?
Write your own review?
Add to List
Not for me
Like this Review?
Write your own review?
COMMENTS 0
Your Comment...