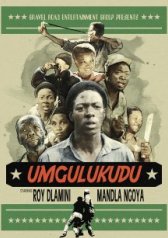 Umgulukudu
South Africa, 1980, 69 minutes, SD Crime, African
An African crime and adventure movie that also features young talents. As it is with the other films I've seen lately, this film delves on the topic of kidnapping as a means to extort money from people. Benson, the kidnapper is quite commendable in terms of acting portrayal although it were the teen boys who really saved the day.  This film produced a sequel probably because of its popularity during the '80s era.
Like this Review?
Write your own review?
Add to List
Not for me
Like this Review?
Write your own review?
COMMENTS 0
Your Comment...