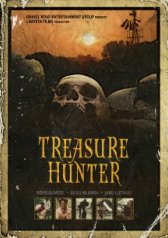 Treasure Hunter
South Africa, 1989, 75 minutes, SD African
The acting performance of actors are generally commendable and the original survivors pictured,  white men and women, played their roles quite convincingly. The  fight scene between the two men while wrestling control over the treasure chest was quite suspenseful and the terrible end of the other man submerged in water was tragic. Of the African actors the performance of Innocent Popo Gumede was commendable, he's one of the more visible and well-known African actors who's featured in countless African films from the '80s era.
Like this Review?
Write your own review?
Add to List
Not for me
Like this Review?
Write your own review?
COMMENTS 0
Your Comment...