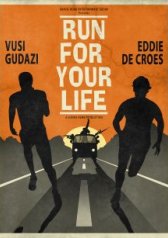 Run For Your Life
South Africa, 1985, 62 minutes, SD African, Thriller
What started as a cross-country run between two friends ended up in a  nightmare as they became captives of a ruthless druglord.  The story is quite interesting but some scenes tend to drag a bit making viewers become fidgety in their seats. It's a marvel that these two friends can tackle a cross-country and long distance run without no ration of water or some food with them. Viewers tend to become amused with some fight scenes.  Quite an adventure for the two friends and for sure it has tested their friendship more, knowing that they have each other to trust and rely on, especially in times of imminent danger.
Like this Review?
Write your own review?
Add to List
Not for me
Like this Review?
Write your own review?
COMMENTS 0
Your Comment...