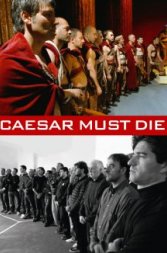 A clear hybrid movie which combines elements of documentary and fiction. The movie is made in a prison in Rome where the inmates perform the Shakespeare’s play of Julius Caesar. The audience see the whole process from the auditions, rehearsals, the disagreements between the cast. As the movie goes on, the cast relate to their characters issues and themes which creates a deeply moving film.
Like this Review?
Write your own review?
DooVOTE
Not for me
Like this Review?
Write your own review?
COMMENTS 0
Your Comment...
LIKES 1
MaeMaeDecena
MaeMaeDecena