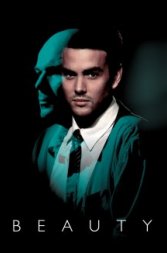 Beauty
South Africa, 2011, 105 minutes, SD Drama, LGBT, African, Arthouse
The actors gave impressive performances, no question about that, but it's the plot that I have an issue with. True, the movie speaks of universal truths, that which concerns homosexuality and  being a closeted gay, but surely, sexual repression couldn't possibly lead to something so brutal and hideous as violating another human being? Secondly, no one in his right mind could violate someone familiar to him who has done nothing negative towards him unless, that person who violates is dealing with some kind of psychological/ mental illness. This film is indeed a rarity, in facing issues head-on, exposing human capabilities that border on absurdity but also giving hints of homophobia and racism.  Deon Lotz as Francois was commendable for handling the complex character. All in all, there were so many cobwebs in the viewers' mind while watching this film. Complex and very disquieting!
Like this Review?
Write your own review?
DooVOTE
Not for me
Like this Review?
Write your own review?
COMMENTS 0
Your Comment...