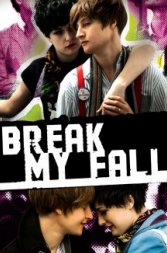 Break My Fall
UK, 2011, 107 minutes, SD Drama, LGBT, Drama
A gritty and realistic depiction of lesbians and the breaking up process between such individuals. The soundtrack used is engaging and adds to the overall mood but it's the commendable performances that also caught my attention. Kat Redstone as Lisa was impressive but Sophie Anderson as Sally was for me, a major force in this film. Her portrayal of Sally's character has depth and very candidly genuine. Director Wichmann's debut feature is something worth checking out!
Like this Review?
Write your own review?
DooVOTE
Not for me
Like this Review?
Write your own review?
COMMENTS 0
Your Comment...