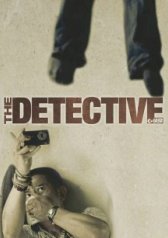 The Detective
Hong Kong, 2007, 109 minutes, SD Action, Mystery, Thriller, Asian
What caught my attention first was the soundtrack of the film, it was catchy and quirky! But more than that, it's a film that viewers will find interesting and riveting as scenes unfold one by one. A big plus would of course be Aaron Kwok, the lead star who does much a great job in taking the reins, making the viewers watch in awe and suspense as action builds up scene after scene. You shouldn't dare miss this! Suspenseful with a tinge of humor!
Like this Review?
Write your own review?
DooVOTE
Not for me
Like this Review?
Write your own review?
COMMENTS 0
Your Comment...