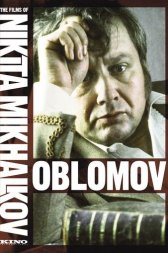 Oblomov
Russia, 1980, 140 minutes, SD Drama, Comedy, Romance
The movie started quite slowly and tends to drag, but later on it becomes really engaging to watch.  It depicts the life of a man named Oblomov who initially is seen to favor sleeping over doing something useful out of life.  It was genuinely heartwarming to witness the great friendship between Oblomov and Stoltz. The flashback scenes to Oblomov's childhood were a gem and there was a scene that I found absurd, that of the servants all asleep while the two friends sneak out to play outside. It seems they were under the spell like Sleeping Beauty! Kidding aside, this movie from 1980 has its poignant scenes and you can't help but be immersed in Oblomov's psyche. This film won the Best Foreign Language Film from the National Board of Review USA. Worth checking out!
Like this Review?
Write your own review?
Add to List
Not for me
Like this Review?
Write your own review?
COMMENTS 0
Your Comment...