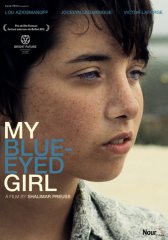 My Blue-Eyed Girl
France, 2013, 83 minutes, SD Comedy, Drama, Arthouse, Coming of Age
Poignant and heartwarming, this film  gives viewers a peek into the lives of a group of relatives  including Maden and family, vacationing in France's west coast. Maden is the blue-eyed girl, secretive, reserved and keeps mostly to herself, including a secret relationship with a prison inmate. Focus is also given on the teeners and children in the film and the usual summer holiday activities that they indulge in.  A film that tackles teenage curiosity and restlessness, it's also a thoughtful study on the character of Maden, mysterious but also with many secrets.
Like this Review?
Write your own review?
Add to List
Not for me
Like this Review?
Write your own review?
COMMENTS 0
Your Comment...