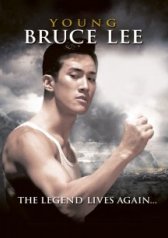 Young Bruce Lee
China, Hong Kong, 2010, 129 minutes, SD Drama, Biopic, Asian
As a way to commemorate Bruce Lee's 70th birth anniversary in 2010, the film by directors Wong and Yip Wai-Man is a fitting tribute for the epic Bruce Lee.  The 40's to 60's era were impressively recreated and viewers discover the early life of Bruce Lee that only a few  previously know.  Impressive production design and costumes with comparably laudable performances by the cast. The movie gives viewers a clearer view on Bruce Lee as a friend, brother and son while at the same time giving a glimpse on the family and siblings and the close bond between them.  You should never miss this, especially if you're a true-blue Bruce Lee fan!
Like this Review?
Write your own review?
DooVOTE
Not for me
Like this Review?
Write your own review?
COMMENTS 0
Your Comment...