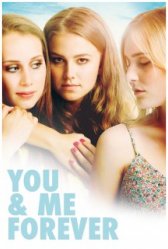 You & Me Forever
Denmark, 2012, 82 minutes LGBT, Coming of Age
This caught my attention because of the stellar performances of the young cast.  Emilie Kruse, Julie Andersen and Frederikke Dahl Hansen delivered commendable portrayals of modern young people with the usual angst, anxieties, curiosities, confusion and experimentations, among others.  Of the three though my personal favorite was Julie Andersen as Laura, she was able to portray a complex character,  a teenager who's just starting to know and discover the intricacies of friendships and relationships.  While the two other characters were impressive, it was Andersen who had total control of her character. A multi-awarded film that deserves an international audience!
Like this Review?
Write your own review?
Add to List
Not for me
Like this Review?
Write your own review?
COMMENTS 0
Your Comment...