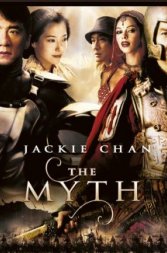 The Myth
China, Hong Kong, 2005, 118 minutes, SD Action, Adventure, Fantasy, Asian
Who doesn't love Jackie Chan movies! I've seen countless films of this very funny actor and skillful martial artist and I'd say he gets better over the years!  This film is no exception and he's portraying two characters as well; one as a Qin Dynasty general tasked to protect the princess and the other is as an archeologist much like in the tradition of Indian Jones.  The fight scenes are impressive and I presume this film has a huge budget judging from the impressive costumes and legions of soldiers and other extras plus it spans countries for its location shoots like India.  Commendable performances by the rest of the cast notably Bollywood superstar Malika Sherawat.  Engaging to watch, do check this out.
Like this Review?
Write your own review?
DooVOTE
Not for me
Like this Review?
Write your own review?
COMMENTS 0
Your Comment...