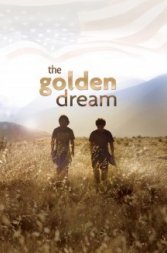 Films about illegal immigration, especially at the Mexico-U.S.A. border, are not hard to find, but Spanish-born Deigo Quemada-Díez’s first feature-length film is still well worth a watch.

The film follows the journey of three Guatemalan teenagers: Juan (Brandon López), Samuel (Carlos Chajon) and Sara (Karen Noemí Martínez Pineda). They share the ‘American Dream’ of thousands in their country: “I feel everything we’ll see over there will be really awesome” –Juan voices the thoughts of many. On their way, they encounter Chauk, a Tzotzil native who doesn’t speak a word of Spanish at first but who quickly learns the word “brother” and wins over the others, even Juan who initially refers to him as “the damned Indian” –here Quemada touches on the racism prevalent even amongst people from the same country.

Brotherhood is a key theme of the film: Quemada brings this out through the teenagers’ relationship and in other moments, such as when he shows the spontaneous outburst of singing by one of the real migrants: “Brothers in this world, no-one is better than anyone else, we come from nothingness and we go back to nothingness”. Could we apply this to the journey of the hopeful migrants? Does the U.S.A. offer them the chance of being more than “nothingness”?

The strong brother-like bond formed between the teenagers shows how linguistic and racial differences can be overcome. We learn that communication is possible through means other than conversation, something which also rings true for the film itself. The director does not shy away from long silences and scarce dialogue. Close-ups on the faces of the real Central American migrants chosen for the film (600 extras) speak louder than words. As with dialogue, the soundtrack is not overused so when it is employed, it is to great effect and neatly adds to the authentic feel, through Mexican-style guitar and singing.

Everything is kept as true to reality as possible: the settings, sounds, and the stark realism of the injustice people face. The beautiful and imposing nature of Guatemala, Mexico and the south of the U.S. really does set humanity in its place. Not only are the protagonists fighting against the authorities and drug lords, but they also have to struggle against the vastness of the land.

Quemada’s six years of research, the authenticity of the cast and the film’s visual beauty are recognised in the array of awards it has picked up, including nine from the Mexican Film Academy and A Certain Regard award, which acknowledges the talent of an entire cast.

“The Golden Dream” addresses a current topic that affects thousands of lives every year and it does so in a sensitive and realistic way, making the characters and their plight stay with us well beyond the 110 minutes this bold and unpretentious production offers us.