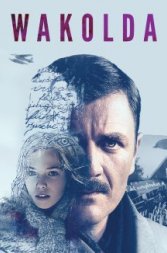 Wakolda
Argentina, 2014, 90 minutes, SD Drama, Thriller, Arthouse
Desert Road, Patagonia, 1960. The ‘Angel of Death’, aka Josef Mengele, but going by the name of Helmut Gregor, (Alex Brendemühl) befriends a seemingly ordinary Argentinian family. But for the doctor, they have something special: Lilith (Florencia Bado), the 12-year-old daughter is underdeveloped for her age, and Eva (Natalia Oreiro), her mother, is pregnant with twins. He comes across them on their journey to the idyllic Bariloche, complete with mountains and a lake reminiscent of a German landscape, where they are to re-open Eva’s parents’ hotel. After scrutinizing the tiny physique of Lilith, he jumps at the opportunity to satisfy his obsession with genetics which led him to carry out thousands of horrific experiments in Auschwitz, and books a room at the family’s hotel.

Yet the way he conducted the experiments in the concentration camps is far removed from how he now goes about it. Brendemühl brilliantly portrays a Mengele that appears kind and genuinely interested in helping others and we have to keep reminding ourselves of who he actually is –it’s all too easy to sympathise with the unsuspecting child and mother. He gradually gains their trust and they let him do as he sees best.

Perhaps if it weren’t for the German bullies at the children’s new German school who call Lilith “dwarf”, she wouldn’t have felt a need for the growth treatment being offered to her by Mengele. As well as in the school, Aryan ‘perfection’ is also seen in the doll factory that Mengele helps Enzo (Diego Peretti) to set up. This makes for a neat reflection of the world the doctor is after and, even though we already knew this, the eerie look on the dolls’ faces makes it all the more horrifying.

At times it may seem unbelievable that the family do not suspect his identity as Mengele, for he does little to hide his obsession with Sonnenmenschen, and remarks that: “Mixed blood is impure”, but he is talking to trusting pre-pubescent girl. This makes for a rather alarming relationship between the two and we can only look on in unease.

However Lilith makes another friend, worlds away from the doctor, and this new friend does realise who the mysterious man is, she herself being none other than the non-fictional Jewish Nazi hunter: Nora Eldoc (Elena Roger). Moving at an unconcerned pace for the majority of its running time, the action speeds up at the end, as it becomes a race of time between the vast Nazi community in this sleepy Argentinian town and the Israeli Mossad.

The film boasts a very strong cast, ranging from beginners (it is Florencia’s debut) to familiar faces in Latin American cinema, notably Natalia Oreira. Saint Petersburg International Film Festival recognised these two sterling performances with the awards Best New Actress and Best Actress respectively. It was also awarded Best Feature Film at the 2nd Unasur Cine International Film Festival, amongst several other awards.
Like this Review?
Write your own review?
DooVOTE
Not for me
Like this Review?
Write your own review?
COMMENTS 0
Your Comment...
LIKES 1
MaeMaeDecena
MaeMaeDecena