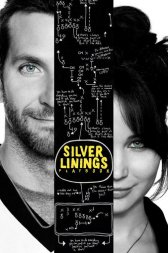 Silver Linings Playbook
USA, 2012, 122 minutes Drama, Comedy, Romance
The film Silver Linings Playbook is a 2012 Romantic comedy film that really captivated my heart. At first, I was like “what is happening in this film?” but after I finished watching it, I got the whole idea. The screenplay was magnificent, well written. I would definitely read the book because of this awesome film. 3.5 stars!!!
Like this Review?
Write your own review?
DooVOTE
Not for me
Like this Review?
Write your own review?
COMMENTS 0
Your Comment...