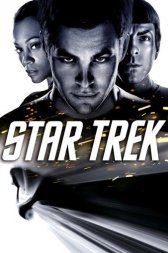 Star Trek
USA, 2009, 127 minutes Science Fiction, Action, Adventure
Star Trek delivers the promises of a successful franchise reboot and more! Without skewing too far from fan canon, Star Trek is able to reinvent itself while keeping old and new fans satisfied. Casting of Chris Pine as James Kirk was excellent. He performed and personified the emotion fueled, thrill seeking Captain of the old enterprise. Casting of Zachary Quinto as a young Spock was also well done. His internal and external emotional and logic based conflicts are well performed. Together with other notable performances, a reinvigorated set, and eye candy special effects, Star Trek could possibly be the best film in this franchise to date!
Like this Review?
Write your own review?
DooVOTE
Not for me
Like this Review?
Write your own review?
COMMENTS 0
Your Comment...