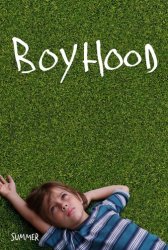 Boyhood
USA, 2014, 164 minutes Drama, Coming of Age
As a huge Linklater fan, my hopes were high for this one. To say he was taking a gamble making it is to put it lightly. Filmed over 12 years, he mostly succeeds, drawing hugely affecting performances from all involved. However there are obvious faults. A brief plotline involving an alcoholic parent is clunkily handled, and some narrative strands fizzle, in particular a teen romance in the film's final third. I guess this can be put down to cramming in too much, I mean just how DO you portray 12 years in two and a half hours? Also, I just couldn't get past how much more interesting Patricia Arquette's character was compared to any of the other family members in the film. Perhaps Linklater could make 'Motherhood' next?