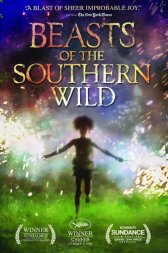 As an exploration of childhood whimsy, it falls short by not dedicating enough time to actual wonder of it all. As an honest story about relationships, it falls short by often getting distracted and only barely acknowledging the subtleties at play. As a straight-up fantasy, it never really commits and invests in it's world enough to have any staying power.

Is the film ambitious? Maybe - it's unclear whether this is a genuine ambition or the result of a somewhat messy script. Beasts of the Southern Wild is a bizarre mix of things, none ever quite working perfectly. That said, moments of brilliance shine through, in designs and cinematography, and often in it's characters and acting.