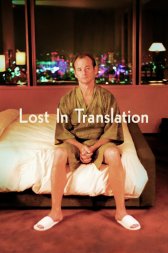 Lost in Translation
Japan, USA, 2003, 102 minutes Drama
This is Sofia Coppola's sophomore film after doing the movie The Virgin Suicides. I suddenly became a fan of this film. At first, I really thought that the film would be very boring but after I watched it, I suddenly got the idea of making this kind of film. The film is a very simple story that is showed wondrously and leaves you wanting for more. I love it! Coppola’s works really were phenomenon!
Like this Review?
Write your own review?
DooVOTE
Not for me
Like this Review?
Write your own review?
COMMENTS 0
Your Comment...