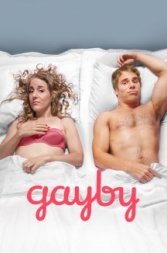 Gayby
USA, 2012, 89 minutes, SD Comedy, LGBT, US Indie
Can't help laughing with this indie film that stars Harris and Wilkas as best friends.  Refreshingly original and quirky,  it's about a woman who's desperate to get pregnant and a promise by her best friend Matt, who's gay, turns out to be the best option, after few unsuccessful attempts with other men.  Harris is naturally funny and this theater regular should be doing more films, including mainstream ones, in the future.  I was wondering why she's always seen with big eyebags in this film and found out she was simultaneously doing the Silence run in theaters while filming Gayby, a really admirable feat. This is clearly a well-received film at various film fests with the lead actors and the director, Jonathan Lisecki, clinching awards from the Ashland Independent Film Festival. Worth watching, guys!
Like this Review?
Write your own review?
DooVOTE
Not for me
Like this Review?
Write your own review?
COMMENTS 0
Your Comment...