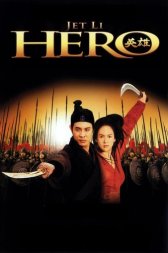 Hero
China, 2002, 99 minutes Action, History, Drama, Adventure, Drama, Adventure, Asian
I'm a big fan of Zhang Yimou films such as the House ofrnthe Flying Daggers, Curse of the Golden Flower and of course, this sword andrnsandals film entitled "Hero." I’m ecstatic on how Zhang  Yimou used film grammar in emphasizing thernmood  or the message in every scenes ofrnthe film. Particularly the scene where Nameless (Jet Li) was about to bernexecuted. The camera was positioned in low angle which depicts in film grammarrnas strength. The scene emphasized the title of the film why Nameless became a “Hero.”
Like this Review?
Write your own review?
DooVOTE
Not for me
Like this Review?
Write your own review?
COMMENTS 0
Your Comment...