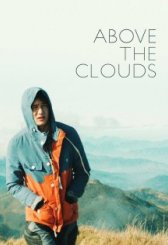 Above the Clouds
Philippines, 2014, 90 minutes, HD Family, Asian, Arthouse
Pepe Diokno’s family drama reveals grief and remorse from three levels:  a young man’s rebellion, an old man’s bitterness and collective mass negligence. Above the Clouds starts with a catastrophe that takes the lives of two people and thereby altering the future of those they’ve left behind.  Andy and his grandfather become victims of this loss. But like a ray of light passing through a peephole, an idea enters the grandfather’s mind and he decides to give something back to his grandson - his own memories of Andy’s parents to console, give reverence and celebrate their lives. The family drama movie also touches on environmental neglect, garbage on mountain streams and trails, and an unmanaged rest stop on their way to the crest. The seamless shots of natural surroundings, the contrasting themes of young and old, the divergence of urban and rural show Pepe Diokno expanding his techniques in filmmaking. This film becomes also a revelation as far as acting goes, of Pepe Smith, a legendary singer and band member of the now defunct Juan Dela Cruz Band. His acting is not flawless but his characterization and portrayal of a man lost in his own bitterness and regrets in life with boxes full of memories suits the movie.
Like this Review?
Write your own review?
DooVOTE
Not for me
Like this Review?
Write your own review?
COMMENTS 0
Your Comment...